Bachelor Proposes to Bride-to-Be at a Favorite Spot: Peddler's Village 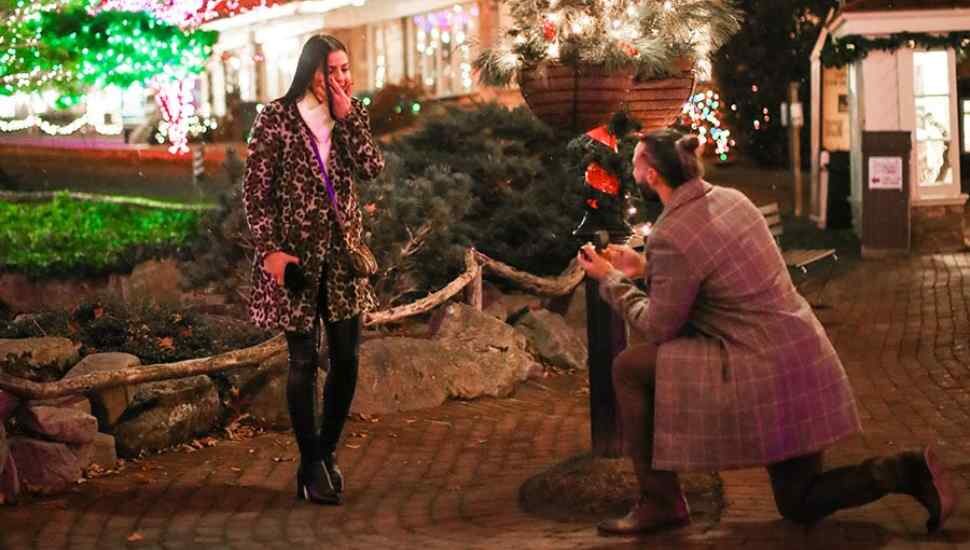 Among Stampone’s careers is his role as a wedding DJ; Minniti is a fitness trainer. They met in 2018 when she contacted him to provide music for an outdoor exercise boot camp.

The proposal was preceded by dinner at the Porterhouse Restaurant & Pub, one of their go-to New Hope spots.

After eating, they strolled the village. And just like in countless Hallmark Christmas movies, a faint dusting of snow began to fall.

Mike took a knee and offered a box.

Minniti was shocked, especially given how nonchalant Stampone had been during the date.

“Mike was completely normal all day and even at dinner,” she said. “Nothing seemed off.”

Stampone was steeled by a sense of assurance that the proposal would be accepted.

“I already knew her answer would be yes, so that helped me not to be nervous,” he said.

The couple is now planning a June wedding.

More on this Peddler’s Village proposal is at Philadelphia Magazine.