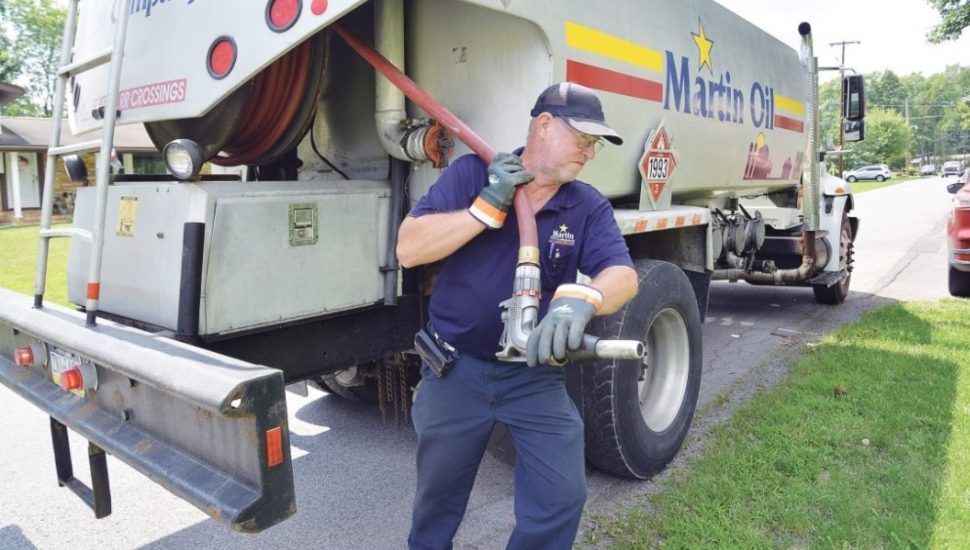 Image via Patrick Waksmunski at the Altoona Mirror.
Home heating oil prices rose over the summer, an unusual occurrence for Pa.'s warmer months.

As Bucks County weather turns increasingly frosty, many local homeowners are flipping on the heat for the first time since late spring. As they do so, they may find the resulting home heating oil bills a little surprising. Walt Frank, of the Altoona Mirror, gauged the trend.

“People’s concern is that [the price of oil] may end up at $3 a gallon,” said Jim Barber, president of the Oil Heating Association of Central Pa. “There is nothing to indicate that. But that doesn’t mean it won’t happen.”

Barber said there is no shortage of oil and nothing to indicate when or at what level prices will spike. He admits, however, that he is unsure why the price of heating oil climbed over the summer, when it usually drops.

“Heating oil prices can change hour by hour,” said a spokeswoman for the Washington, D.C.-based Energy Information Administration. “To what extent and when those changes are passed on to consumers depends on the retailers.”

For customers (such as senior citizens) struggling with home heating oil payments, assistance is available.

And many suppliers offer budgeting that spreads heating costs over an entire year.

More on this story is at the Altoona Mirror.

Wall Street Journal: Perkasie Couple Transitions from Living Off the Land to Traversing It in an RV