Ret. Col. Gregory Marston, Who Served in Kabul, Hopes for its Future 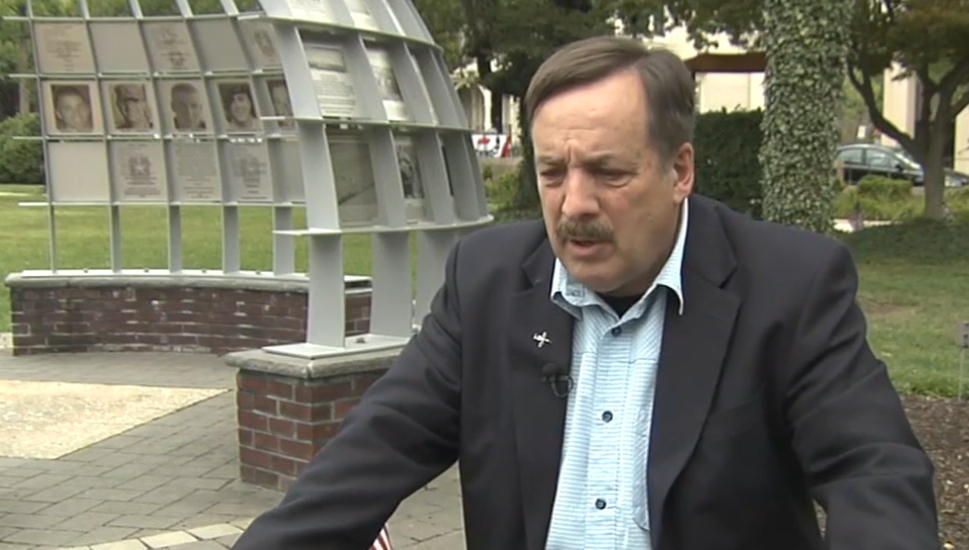 Retired USAF Col. Gregory Marston is closely following the current international news from Afghanistan. With the embassy there evacuated, he fears erasure of the inroads U.S. troops made during his tenure there. Jamie Stover gathered his recollections for WFMZ 69 News at the Bucks County Global War on Terrorism Monument.

In the years following 9/11, Marston was stationed at the U.S. military base in Bagram, Afghanistan, about 40 miles north of its capital, Kabul.

During his eight-month tenure, his mission was to continue to “fix problems in Afghanistan, but also take care of the Taliban,” Marston said.

Over the past 20 years, building on the foundation he and his troops laid, the country stabilized.

“Kids were going to school; women had jobs … We set up medical facilities they didn’t have,” Marston remembered.

Now, as the Taliban reasserts itself and the U.S. presence has retreated, Marston fears what may be next.

“We’re sentencing a lot of people to die, and hoping the Taliban doesn’t turn into the murderous thugs that they’ve been,” Marston said.

“Or worse, because we’ve been continually defeating them, they’re angry. They’re going to take it out on people we helped.

“We brought democracy there … Now we’re just letting it go and hoping it doesn’t get really bad,” he concluded.

More on Col. Gregory Marston and his thoughts on the U.S. in Afghanistan is at WFMZ 69 News.

Despite No Formal Announcement (Yet), Abington’s Josh Shapiro Is Presumptive Democratic Nomination for Governor