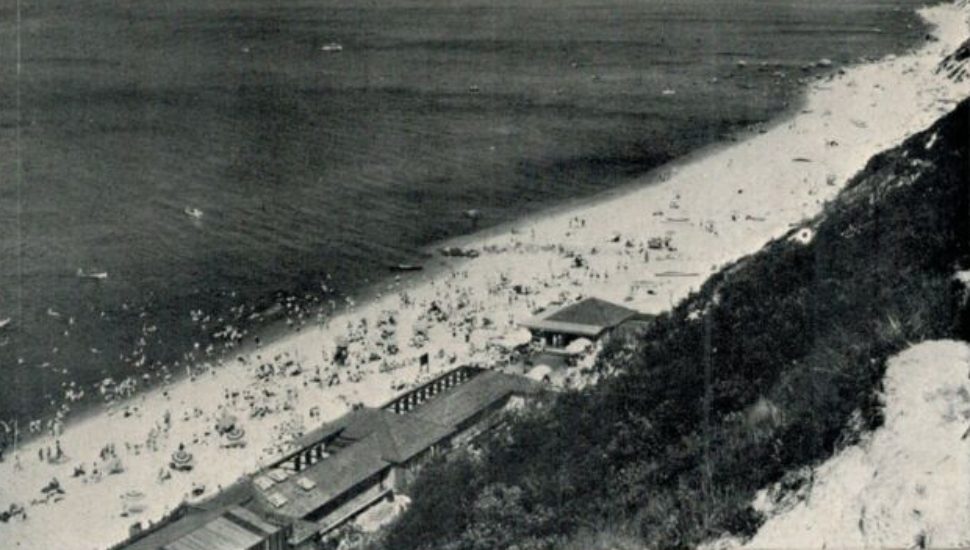 Image via artknight1 at eBay.
Wildwood beach with nearby bathhouses, circa 1940.

These days, most Bucks County visitors to the Jersey Shore go back to their rentals, their condominium or their hotels to shower after a day on the beach.

But there was a time when bathhouses dotted the beach landscape by the hundreds, providing essential sand removal before traveling home, writes Jason Nark for The Philadelphia Inquirer.

Now only a handful remain.

George Amundsen II, 64, and his son, George III, own one of them, Wildwood Daytrippers in North Wildwood, N.J.

“I mean, everyone deserves a shower, right?” Amundsen said.

Most of the Amundsen business comes from the parking space he can offer off the boardwalk, but back in the day, bathhouses like his outnumbered parking lots.

“We charge five bucks for a shower,” said George II. “It was $6 for a while, but I figured, what the heck.”

His grandparents opened the bathhouse in 1962, when it was still commonplace to serve day-trippers or “shoobies.” The label’s history is blurry, but in general, it described daily visitors who arrived from Philadelphia by train, toting their lunches in shoe boxes.

“People have more money, and they can stay overnight,” one owner of a now-shuttered bathhouse told The Inquirer in a 1990 article.

But they’ve seen something of a revival in Wildwood and elsewhere along the coast.

Ocean City’s version, 13th Street Bikes & Bath House, saw business brisk enough to support a 2018 renovation that added additional shower stalls and changing rooms. Its owner-operators believe so firmly in the concept that they provide a cache of 100 daily beach tags that go out on a first-come, first-served basis.

Read more at The Philadelphia Inquirer about the halcyon days of Jersey Shore bathhouses and their current revival.

Birds Are Back at the Philadelphia Zoo