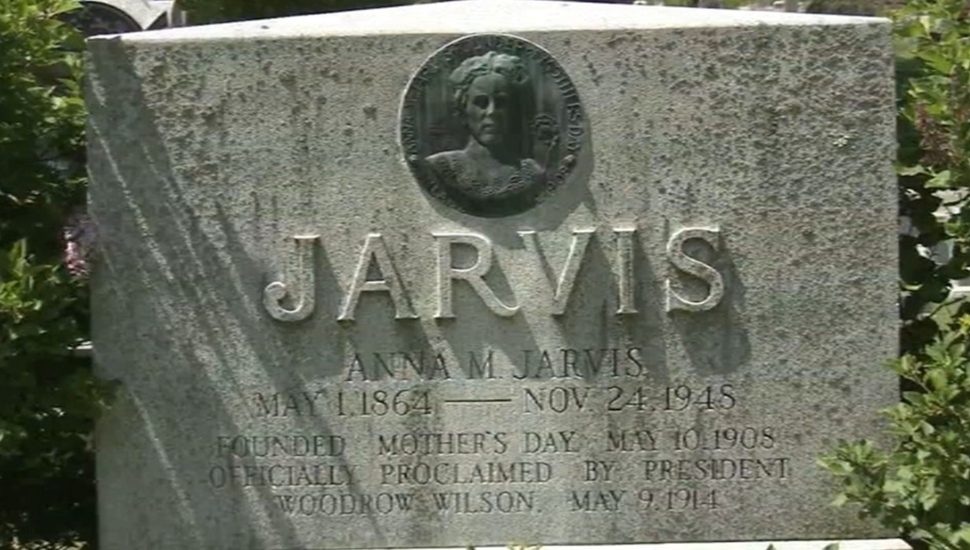 Anna Jarvis, whom many credit with creating Mother’s Day, died in Marshall Square Sanitarium in West Chester despising what the holiday had become, writes Patricia Madej for the Philadelphia Inquirer.

Jarvis’s goal was to create a national celebration that recognizes all the hard work done by mothers.

“The purpose of Mother’s Day,” said Jarvis in 1913, “is to make men and women realize their individual responsibility to right the wrongs of motherhood and childhood, not only in the home but also in the industrial world.”

The first time the holiday was observed was on May 10, 1908. Six years later, Mother’s Day received federal recognition.

Throughout the years, Jarvis fought against the commercialization of the day, seeing it as straying from its original meaning. She went as far as to attempt to rescind the day, but her efforts were halted when she became ill and went blind.

She was subsequently placed in the Marshall Square Sanitarium, where she died. She was buried at West Laurel Hill Cemetery in Bala Cynwyd.

Jarvis’s role in establishment of Mother’s Day is noted on a historical marker in Philadelphia.

Read more about Anna Jarvis in the Philadelphia Inquirer here.

An Influential Abolitionist Once Made a Speech at a Bucks County Theatre. Read to Learn When and Where