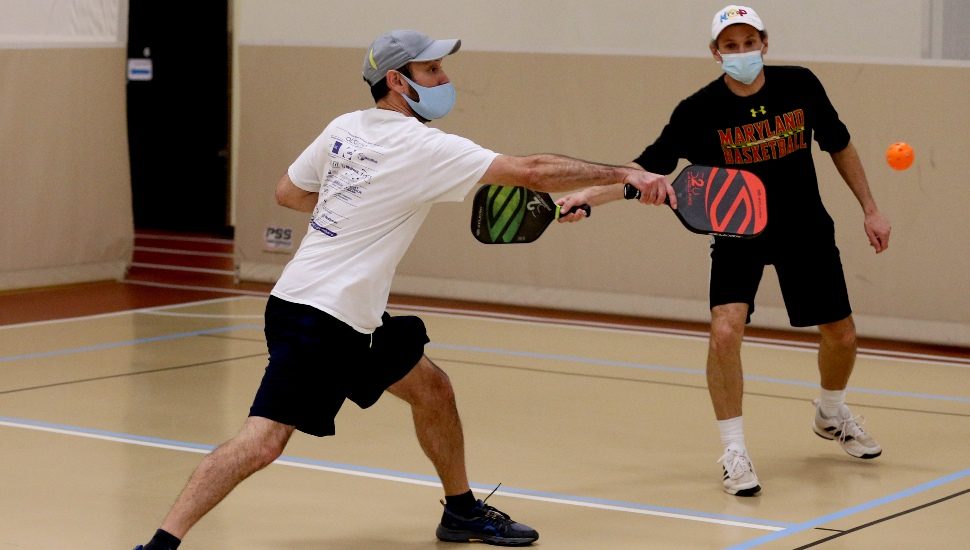 Image via Charles Fox, The Philadelphia Inquirer.
The popularity of Pickleball, a recent hybrid of badminton, ping-pong and tennis, is exploding in this area.

Pickleball, a combination of badminton, ping-pong, and tennis, is exploding in popularity across the Delaware Valley, writes Frank Fitzpatrick for The Philadelphia Inquirer.

In fact, the sport played with a modified Wiffle ball and a large version of a ping-pong paddle is currently the fastest-growing participation sport in the nation.

“It’s been sweeping the country,” said Jane Souewine, of East Norriton. “I’ve been amazed at how popular it’s become.”

The 65-year-old has been playing pickleball in a community league at Upper Merion Community Center.

One of the attractions of the sport is that it can be played by residents of all ages, but most of all seniors. It can be played outdoors and indoors, informally or in leagues, and on tennis courts or those specifically built to meet the growing demand.

The rules of the game are simple and the physical demands are not too strenuous.

Kate Corr, a 60-year-old Collegeville resident, has been playing doubles pickleball several times a week with her former tennis friends. These gatherings now function the same as card parties or coffee klatches did in a less active age.

Read more about pickleball at The Philadelphia Inquirer by clicking here.

Lower Merion Deli's Reubens Named the Best in the Country