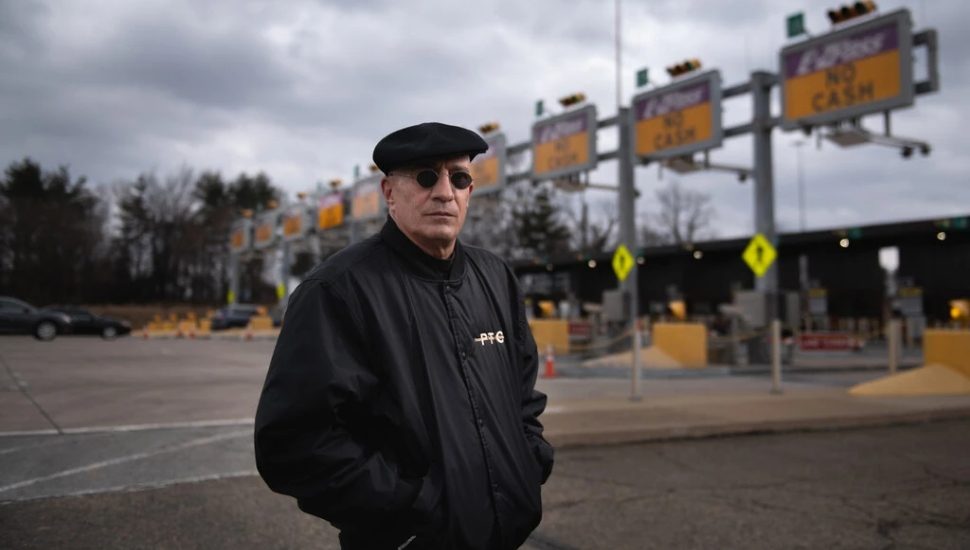 Image via Kriston Jae Bethel, The New York Times.
John Mahalis lost his job when the Pennsylvania Turnpike shifted to machine toll collection during the pandemic.

Local toll workers are feeling betrayed after the Pennsylvania Turnpike, struggling during the coronavirus pandemic, moved up the layoffs that were planned for early 2022, writes Jeanna Smialek for The New York Times.

The Pennsylvania Turnpike Commission decided in June to make the layoffs of nearly 500 toll workers immediate. This move was intended to help the system financially accommodate significantly weaker traffic during the current downturn in the economy.

The employees already knew they would be made obsolete by the new electronic systems being put in place for toll collection, but this moving up of the dismissal date left them no time to prepare.

“They had assured us, ‘Your jobs are not in jeopardy,’ and it felt like a betrayal of a relationship that you’d like to think you can trust,” said Faye Townsend, who had worked at the turnpike for seven years.

Meanwhile, the commission maintains that it had the authority to switch to automated tolling earlier and carry out the layoffs before the previously announced time. A spokeswoman also said that the commission is trying to help any laid-off workers find new jobs.

Read more about the Pennsylvania Turnpike at The New York Times by clicking here.