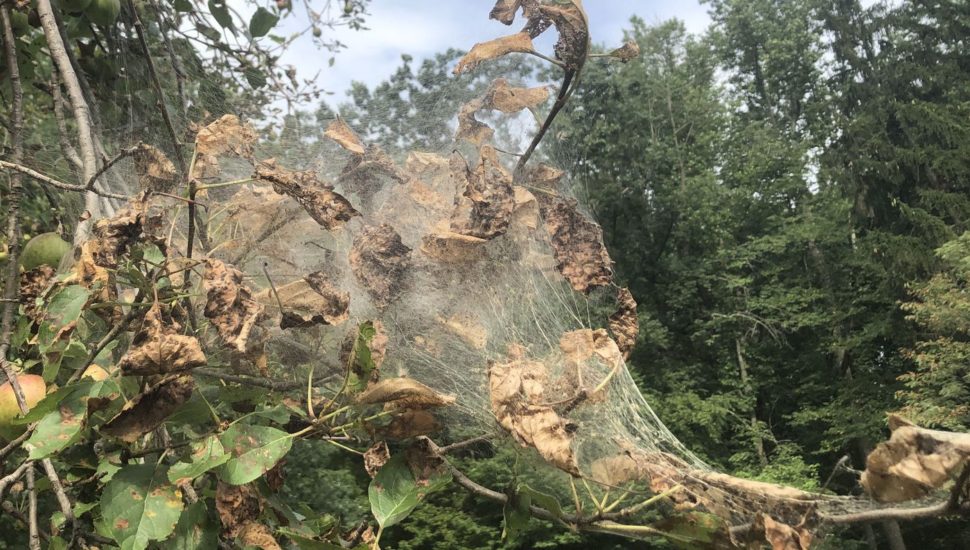 The silky white webs that have been dominating the area landscape are the work of fall webworms and do not represent a serious threat to local flora. Image via The Philadelphia Inquirer.

The silky white webs that have been dominating the area landscape along many scenic roads are the work of fall webworms and do not represent a serious threat to local flora, writes Frank Kummer for The Philadelphia Inquirer.

Some have feared that the thousands of webs were an indication of a return of the dreaded gypsy moth. However are actually the product of a native moth that seemingly popped up in force last month.

“What you’re seeing is a native insect,” said Don Eggen, forest health manager for the Pennsylvania Department of Conservation and Natural Resources. “It happens to be a good year for them. They periodically do this. And we really don’t do anything about it.”

As it attacks during the fall, the pest “causes much less damage” than those that attack in the spring, when the trees are more vulnerable, said Eggen.

Read more about fall webworm at The Philadelphia Inquirer by clicking here.