Tunnel in Bristol Has Been Safely Filled; Purpose Remains A Mystery 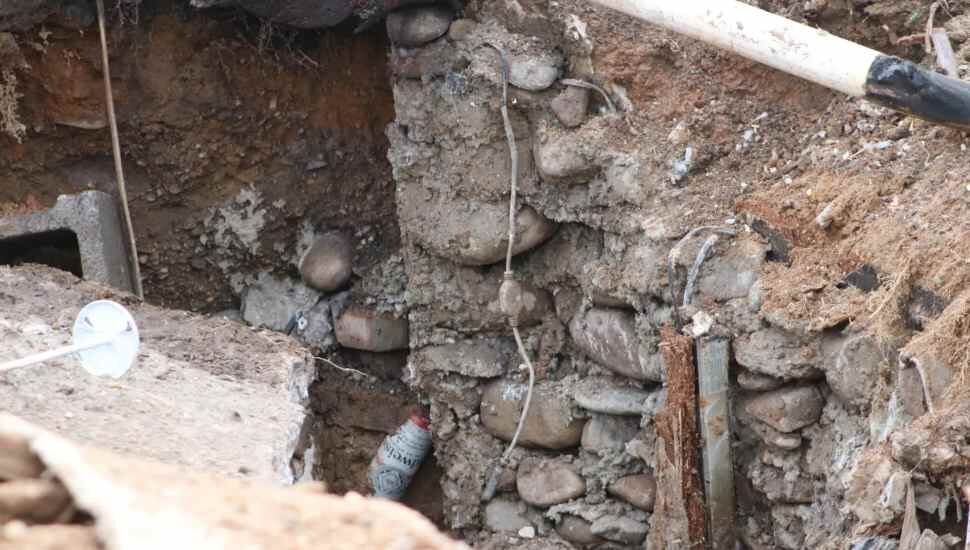 Image via Tom Sofield at Levittown Now.
The remnants of a tunnel on a Bristol property; it was eventually filled in by way of a borough order.

A 20-foot-long tunnel on a Bristol property has been filled in, rendering it no longer a threat to public safety. Exactly who built it — and for what purpose — remains a mystery, as reported by Tom Sofield in Levittown Now.

Neighbors had logged numerous reports of the passageway, sophisticated enough to have stone walls and wiring for lights.

Despite numerous neighborhood complaints, no charges have been made against the underground corridor’s assumed architect-builder, the homeowner. However, warrant in hand, a demolition crew recently filled it in, concurrent with a mandated cleanup of the entire property.

Some locals theorize the shaft was to hold debris. That explanation may explain the three truckloads of debris removed from it.

Others, however, cite comment from the homeowner himself, who claimed to be looking onsite for a “special stone” or buried meteor.

Neighbors for some time have been noting odd behavior at the home: visitors at all hours, chainsaws whining throughout the day, leaf-blowing in rainstorms. They characterize the owner as polite but possibly unstable.

To dig more into the story of this Bristol tunnel, read the Levittown Now coverage.