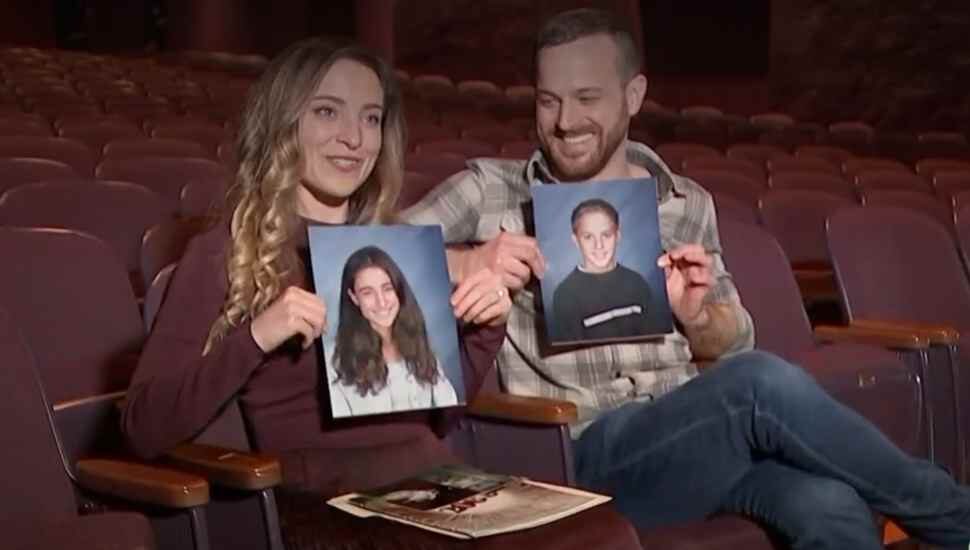 In a coincidence that Christy Altomare calls “like a Hallmark movie,” the Broadway performer unexpectedly reconnected with a long-ago crush from her days at Charles Boehm Middle School in Yardley. The two are now engaged, reports Michael Gioia for People.

Altomare’s career in New York was running full tilt. But her momentum, gained from originating the title role in the musical Anastasia, ground to a halt in the pandemic.

She returned home to Pa., taking a solo-concert gig at the Bucks County Playhouse.

One night, in the audience was Chris Crook, who had confessed years ago in middle-school to having a crush on her.

The present-day software engineer attended Altomere’s Playhouse performance with his mother, remaining a fan and supporter over the ensuing years.

Eagle-eyed mom noticed that the singer — who had had a much-publicized engagement to someone else — was absent her ring. It was clear to her (and later confirmed by Altomere) that the future wedding wasn’t happening, opening the door for Crook.

They met after the performance, caught up, and clicked. Eight months later, at the site of their reunion, they got engaged.

More on this love story, rooted in Charles Boehm Middle School, is at People.