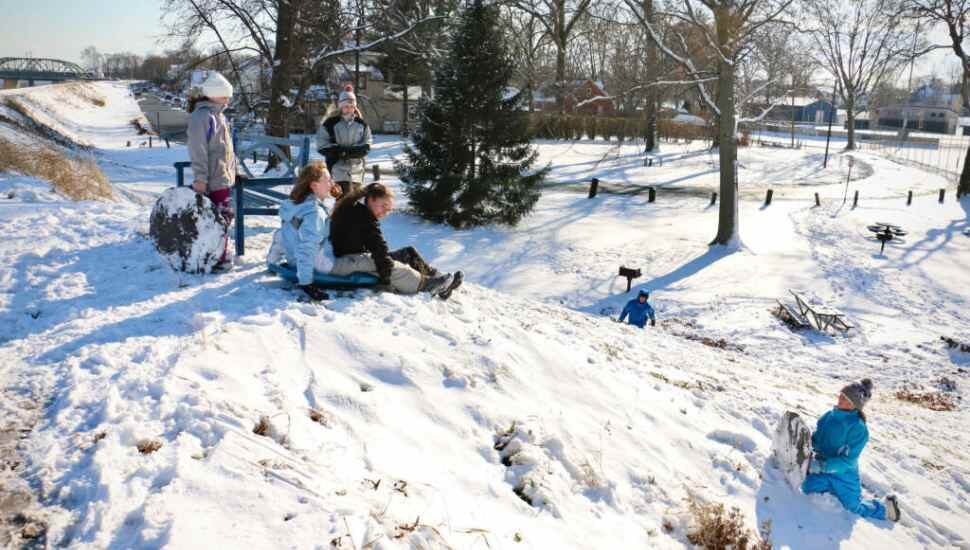 Image via Emma Lee at WHYY.
Williamson Park is popular year-round, claim the community members eager to save it.

In her 1970 song “Big Yellow Taxi,” singer Joni Mitchell decried the loss of natural space with the lyric, “They paved paradise and put up a parking lot.” Morrisville residents feel similarly about a proposal for their neighborhood’s Williamson Park, according to a WHYY report from Emily Rizzo.

The contention arises from two views of the outdoor, public space.

Local development group Select Morrisville sees it as suitable for a $125 million commercial-residential center that, yes, includes a parking lot.

Representatives of the other side, community-led Save Williamson Park, view the acreage as central to the borough and therefore worthy of preservation.

They also question the legality of the park’s elimination, citing a law stating that it cannot be sold unless its practical utility has ceased. They maintain it hasn’t.

The developer disagrees, saying the park is blighted and prone to flooding.

Preservation proponents believe its loss will “change the soul of Morrisville,” according to one resident.

Both sides are heading to court Feb 1.

More on this story is at WHYY.