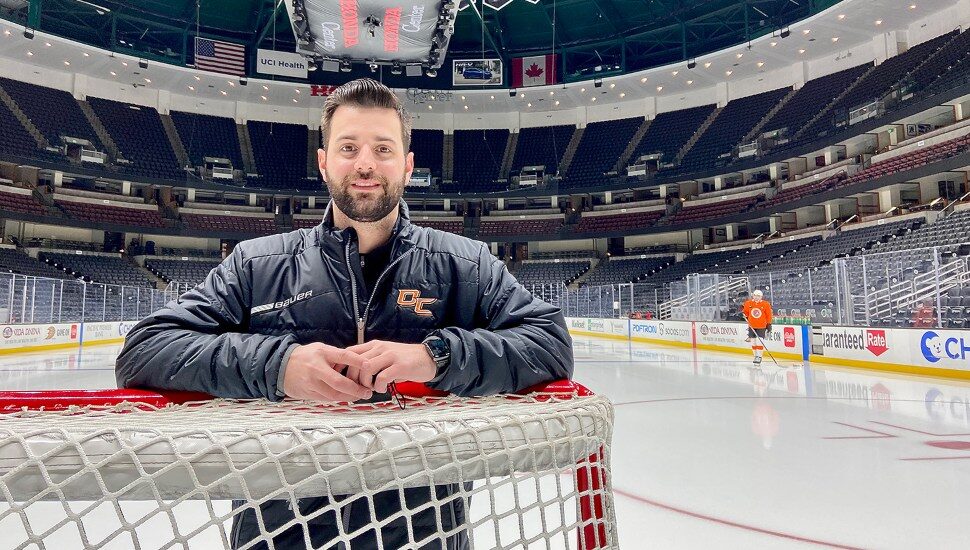 It was a homecoming event recently for Folsom native Kevin Diamond Jr. when the Philadelphia Flyers took on the Anaheim Ducks, writes Jordan Hall for NBC Sports.

Diamond now lives in Newport Beach, California, and he happens to be ice operations manager at the Honda Center for the Ducks, where the game took place.

Diamond started there in August after 12 years working on the Flyers ice crew with his dad, uncle and cousin.

He maintains the ice resurfacer and the ice equipment daily for the Ducks and the visiting teams.  He also handles ice events like Disney on Ice and Stars on Ice, and is the building operations manager.

“Tried to challenge myself and create new adventures,” Diamond said of the new gig. “There were a lot of challenges. Just a huge move in a short amount of time to get ready for the Ducks’ season was a big challenge. We hired a moving company and they picked our stuff up and we went.”

By the way, the Flyers had a four-game match against the Ducks and took a 4-1 loss.

Warrington Speedskater Rockets into Qualification for 2022 Winter Olympics in Beijing