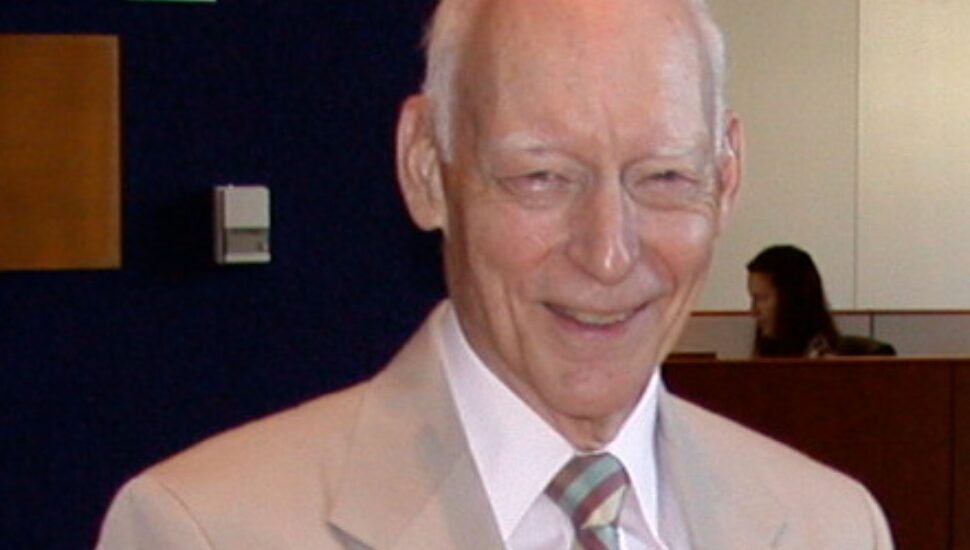 Bruce W. Arden, an expert in the early years of computer science who once lived in Upper Darby, died Dec. 8 in Livona, Mich.  He was 94.

One of his students at Princeton University, Eric Schmidt, who went on to become chief executive of Google, described Dr. Arden as “one of the founders of computer science, writes James R. Hagerty for The Wall Street Journal.

He grew up on a Kansas farm with no indoor plumbing or electricity.

When he was eight, he and his brother lived with his father and his new wife in Bloomfield, N.J. and later in Upper Darby and Wilmington, Del.

Later, at General Motors, he designed parts for jet engines, and later still, at the University of Michigan, he used a mainframe computer to calculate Boeing missile trajectories.

Dr. Arden improved processing and memory resources for mainframe computers, including creating with colleagues the Michigan Algorithm Decoder that allowed regular language to be converted into something the computer can read.

“My efforts were mainly to make programming more available to non-specialists,” Arden wrote in a biography.

Read more at The Wall Street Journal about the life of Dr. Bruce W. Arden.

Anima, a Newtown Tech Startup, Is ‘One Part Studio, One Part Art Dealer'