Listed on National Register of Historic Places, 18th-Century Inn in Chesco Now Renovated and Up for Sale

After having undergone an extensive renovation, the West Whiteland Inn, which boasts an illustrious history that predates the Declaration of Independence and is listed on the National Register of Historic Places, is now on the market.

The West Whiteland Inn, where George Washington is rumored to have slept, is located in central Chester County, one of the three counties originally established by William Penn. It sits on 2.8 highly visible acres on Lincoln Highway and includes a 5,556-square-foot main building that has been meticulously restored, as well as an additional building that spans 2,124 square feet. The latter has a commercial tenant on the first floor and a leased apartment on the second floor.

From its beginning as a tenant house through its history as an inn and its use as a family home for years afterwards, the property has indeed been given new life in an area that has seen most of its historical buildings razed for development or disintegrated by neglect.

From 2017 to 2018, John Milner Architects, the esteemed firm that specializes in preserving historic buildings, oversaw the restoration of The West Whiteland Inn, the stately presence of which can now be admired for generations to come.

The growth of this 18th-century structure from its original, two-room plan to a sizable house with center hall follows a pattern well established in the region. Beginning as a three-bay, two-story, single-pile stone house with brick gable and end chimneys, it was enlarged considerably in 1825 by a two-and-a-half-story, double-pile stone addition containing a side hall and two lower-level rooms with separate fireplaces.

This building played an interesting role in the commercial history of West Whiteland Township. It was constructed in the mid-1700s as a dwelling house for use by tenant farmers on a 540-acre farm. By 1826, its location along Route 30, then known as the Philadelphia and Lancaster Turnpike, was regarded as an ideal spot for a house of public entertainment, and so its owner petitioned for a tavern license.

The inn operated as a tavern until around 1837, when the Philadelphia Yearly Meeting had grown adamant in its declarations against “spiritous liquors” and its owner, who was a Quaker, perhaps feared losing his membership in the Society of Friends. Furthermore, the temperance movement, which began in the early 1800s as an attempt to limit drinking in the United States, was increasing in influence. In the 1840s, members of the movement led a crusade to ban the sale of liquor from the township’s inns and taverns. They eventually succeeded, officially making the township “dry” by 1873.

Almost 100 years later, the West Whiteland Inn was acquired by Herbert Schiffer, who operated Herbert Schiffer Antiques there until the 1980s. (In 1974, the Schiffer family began a publishing business, entitled Schiffer Publishing, that operates today in Atglen.)

The inn’s current owner acquired the property in 2017, when she embarked on its complete restoration. Now, she is looking to find the next owner in its distinguished history.

The township’s zoning ordinance allows historic structures like the West Whiteland Inn to accommodate uses that may not be otherwise permitted by the underlying zoning district. The property is zoned R-3, but because it has been identified by the township as a historic resource, it may be used as a small hotel or converted to apartments.

By conditional use, it could be an inn (a guesthouse with a restaurant), a standalone restaurant, a professional or business office, a “cultural facility” (nonprofit museum or gallery), a “cultural studio” (an artist’s place of work), or any combination of permitted uses.

Meridian Bank House of the Week: Warrington Custom Home You'll Want to Swing by to See 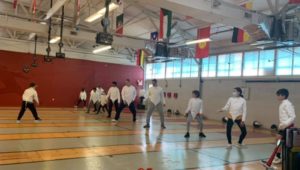