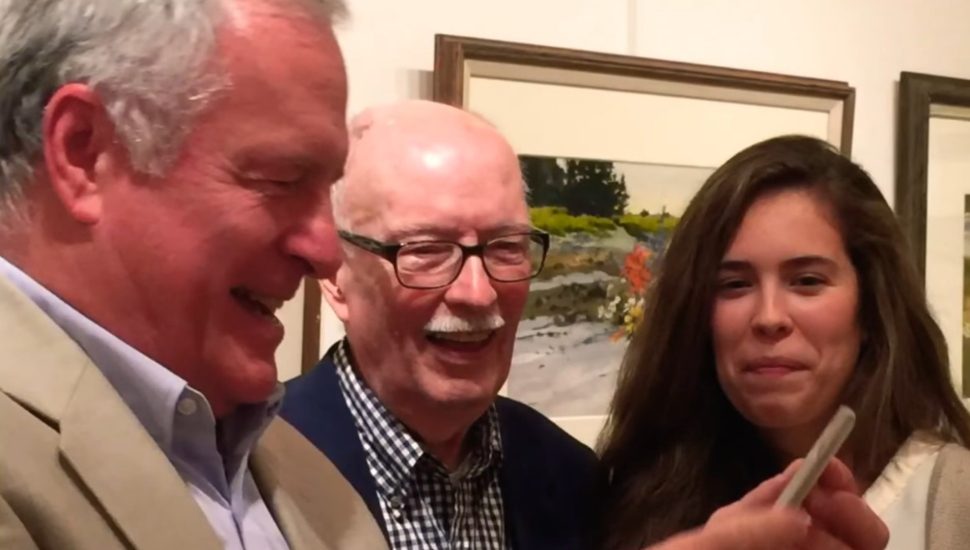 Philip Jamison Jr., a renowned artist from West Chester who loved to paint daisies, portraits, and Chester County landscapes and cityscapes, has died at 96. Bill Rettew reported his passing for the Daily Local News.

Jamison was a well-known “realistic painter” who left behind hundreds of paintings, primarily watercolors.

He had “an incredible passion for art,” said artist Jean Roney Yoder.

One-year-old Jamison moved to West Chester in 1926 with his mother, Daisy. He started to draw early. When he was of age, he served in the Navy and then joined the Philadelphia College of Art with his childhood friend, Jane Gray.

They married and lived above his mother’s antique store.

He began creating watercolor and oil painting and soon had an exhibition at the Hotel DuPont Christmas Show. This got him noticed by an owner of the Herschel & Adler Gallery in New York City, through which he had a relationship that lasted 20-plus years and nine one-man shows.

Read more about Philip Jamison in the Daily Local News.

ArtDoylestown Painter’s Art Career Began When Her Drawing of a Dog as a Nine-Year-Old Won an AwardJuly 12, 2021

ArtArt School Auction Yields Windfall When a Painting by Its Bucks County Founder Is SoldMay 27, 2021