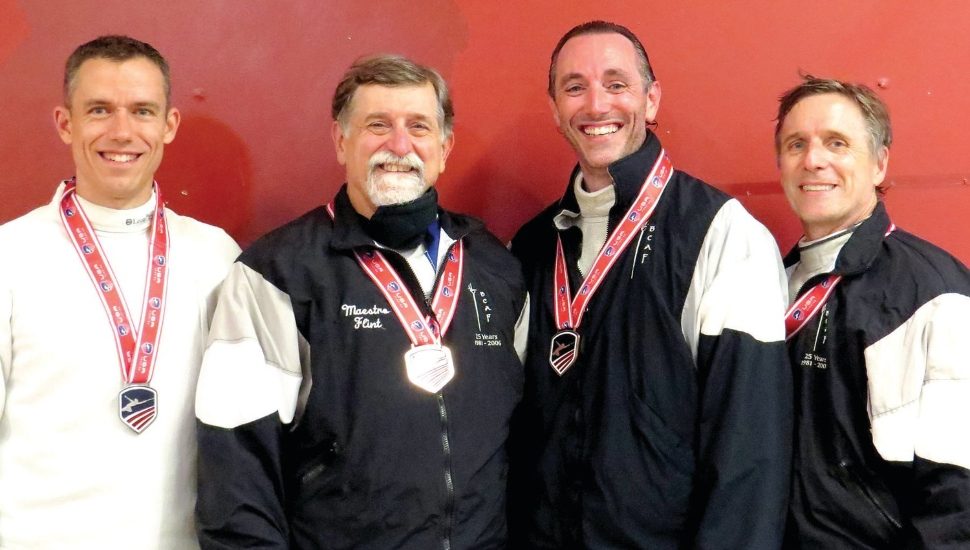 Jim Flint from New Hope outmaneuvered his opponents to earn bronze at the USA Fencing National Championships. Karen Sangillo covered the finer points of his accomplishment for the Bucks County Herald.

Flint originally wanted to be a Shakespearean actor and figured that sword skills were a must-have. A classmate talked him into watching a fencing competition.

This latest accomplishment could have a big impact on Flint’s future in the sport. Slots are still open on the world champion team, and this win could propel him forward. If he earns a position, it will complete a trifecta for him in representing the U.S.

The honors are a point of pride for Flint. But what really interests him is the 1:1 battle.

“I have never lost my taste for competing,” Flint said. “I like fencing against people; I like the challenge, and the older I get, the more challenging it becomes. I always like to medal. It always feels good.”

He has seen a lot of growth in the sport.

More on how Flint’s athletic stick-to-itiveness led to his performance at the USA Fencing National Championships is at the Bucks County Herald.

Having Been Teased for His Sport as a High-Schooler, Fencer from Delco Now Has the Last Laugh