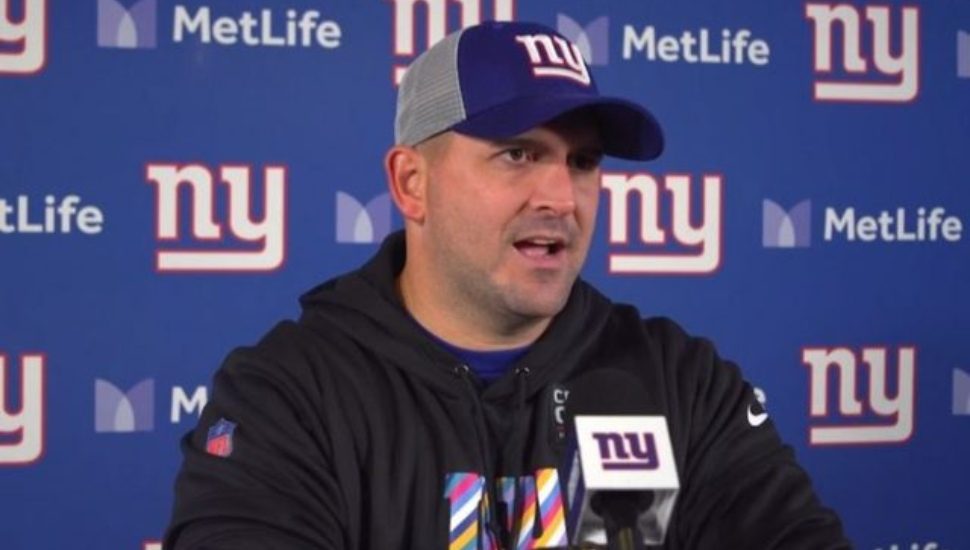 Image via the New York Giants.
Head coach Judge addresses the media from Giants' first padded practice on August 3, 2021, as they get ready for the 2021-2022 NFL season.

Judge took over as the Giants’ coach last year, with his rookie 2020 season earning him raves from players and fans alike. One reason for this huge popularity is his reputation of being a straight shooter – something that came naturally to him..

He continued to show this refreshing candor on the issue of vaccines when he noted that whether a player is vaccinated has a role when deciding who to keep on his team’s roster.