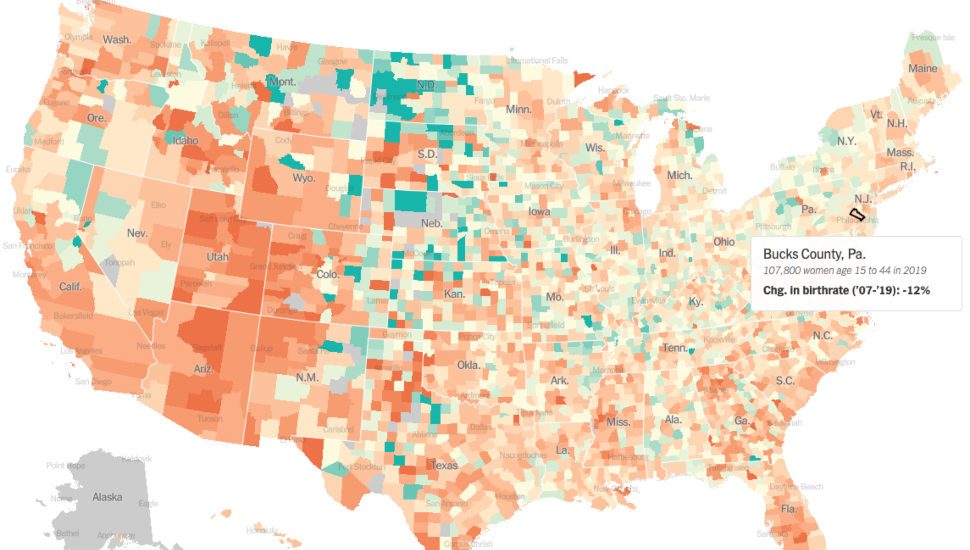 Over the past decade, the birthrate among women in their 20s dropped significantly in Bucks County. The trend mirrors a nationwide priority shift toward education and careers, write Sabrina Tavernise, Claire Cain Miller, Quoctrung Bui, and Robert Gebeloff for The New York Times.

The birthrate is falling fastest in urban counties, where the higher number of available jobs is giving women more incentive to wait than in rural counties.

This puts Bucks County in second place among Philadelphia’s collar counties with the highest drop in birthrate:

Read more about the local birthrate in The New York Times.