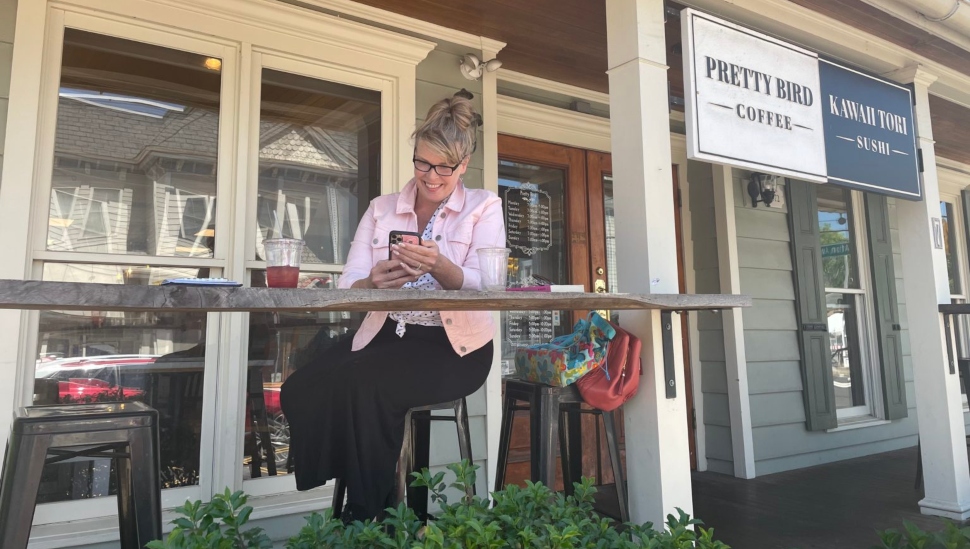 Sulby is an actress, author, and dialect coach. She grew up at the Bucks County Prison site in Doylestown, back when it had quarters for the warden (her father) and his family.

Yes, she is the durdur of an unusually careered dad.

“It created a lot of isolation. Kids didn’t come to my house for playdates,” Sulby remembers.

In that absence, she discovered Shakespeare, which sparked her eventual career. “I attended University of the Arts,” Sulby said “I became very good at integrating aspects of speech and making them more naturalistic. I also did a lot of voiceover work at the time. Then over the years, worked as a dialect coach.”

To prep the Mare cast, Sulby collected audio clips of the distinct way locals speak. Actress Kate Winslet listened to a steady stream of speech from a teacher in Drexel Hill.

Has Sulby seen the now-infamous SNL skit? She sure has.

More on Suzanne Sulby is at Bucks Happening.

In a Wawa Line Lately? Your Wardrobe May Have Made It on to ‘Mare of Easttown’