NYT: It’s Not Your Imagination — Bucks County’s Climate Is Heating Up 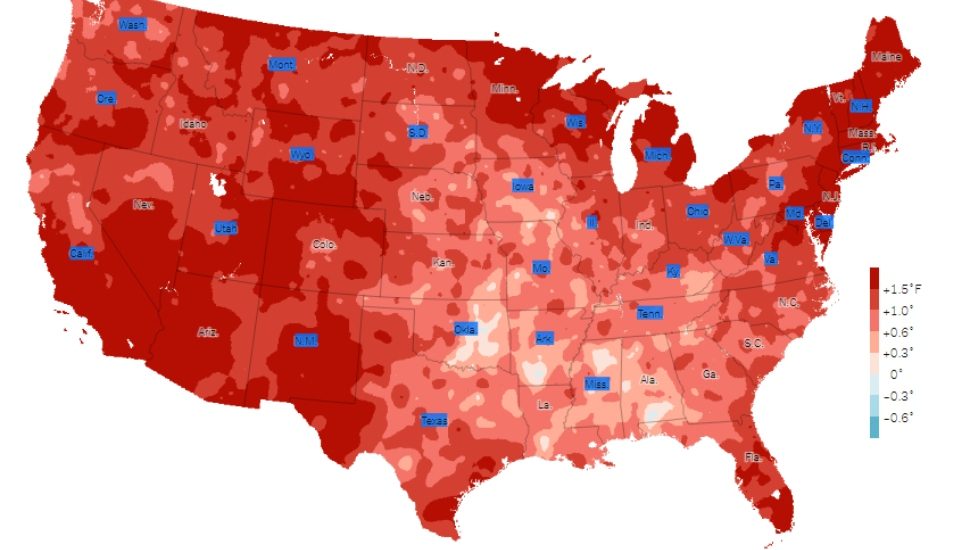 The U.S. is getting hotter, as is Bucks County along with it. Rises in temperature are redefining “climate normals” for the area, write Henry Fountain and Jason Kao for The New York Times.

The analysis tracked 30 years of temperature changes, compared with averages across the 20th Century.

At the start of the 20th Century, Delaware Valley temps were 0.6°F lower than the next hundred years’ average.

Over the past three decades, Delaware Valley temps have risen to 1.5°F higher in the same comparison.

Precipitation norms have also increased drastically across the nation and in the region.

The lift was from 3 percent under the 20th-Century average to 6 percent above the same average over the last 30 years.

Read more about the changes in weather in The New York Times.