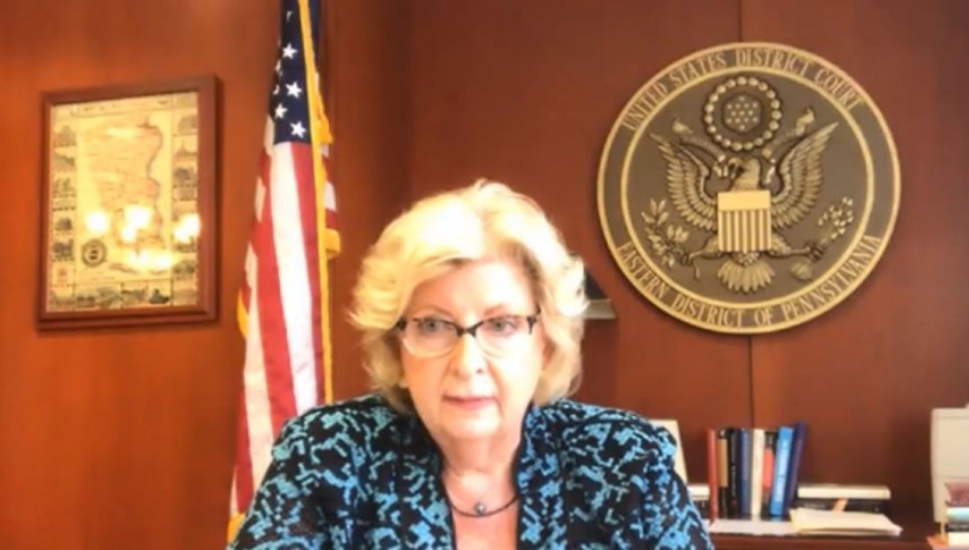 From her beginnings as a Bucks County public defender, Judge Cynthia M. Rufe has championed struggling youth and families. Her advocacy deepened as her career advanced, all the way to her 2002 appointment to the U.S. District Court for Eastern Pennsylvania. For those years of compassionate service, she’s being honored, reports Mary E. Hall for the Bucks County Courier Times.

Pearl S. Buck International has named her its 2021 Women of Influence.

The award recognizes women who, like Buck, led distinguished careers, are devoted to family and have demonstrated exemplary humanitarian leadership.

Rufe’s career centered on representation of society’s most vulnerable — domestic abuse victims, disadvantaged children and individuals in need of mental health services — while upholding the law for all. The Eastern District of Pennsylvania’s, directed by Rufe, earned national recognition and serve as models for other court and law-related educational outreaches.

Rufe was a founding member of the Organization to Prevent Teenage Suicide and has been lauded by several organizations for her work to end domestic violence — especially as it affects children.

The June 24 event is open to the public; registration information is available through Pearl S. Buck International.

Fir Sure! Bucks County Is the Place for Your Freshly Cut Christmas Tree