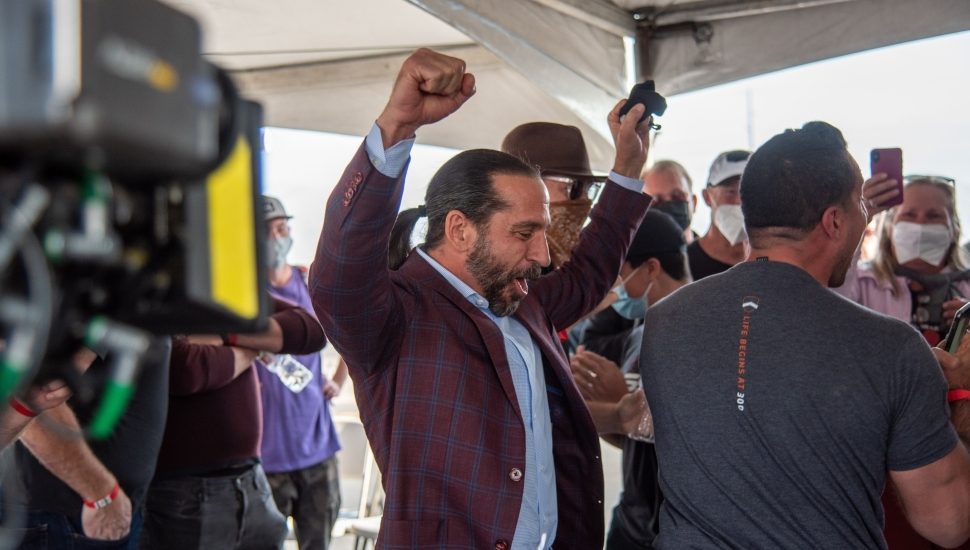 Image via 6abc.
After several failed attempts, including one with Pipersville dentist Larry Caplin at the wheel, SCC has finally managed to reclaim the title of the world’s fastest car.

After several failed attempts, including one with Pipersville dentist Larry Caplin at the wheel, SCC North America has finally managed to reclaim the title of the world’s fastest car, writes Hannah Elliott for The Seattle Times.

The company’s first attempt to once again grab the top-speed bragging rights became embroiled in controversy. Following the claims that its $1.9 million Tuatara had achieved an average of 316.11 mph during a drive in Nevada on October 19, internet sleuths took a close look at the videos posted on YouTube.

They found enough inconsistencies that forced the company to admit that the released numbers were “substantially incorrect.”

The second attempt was done on December 12 and 13, with Caplin, who owns a Tuatara, driving the car. However, the dentist ran into several issues, including overheating and a hood that refused to stay down.

However finally on January 17, the company reported that the car had achieved an average top speed of 282.9 mph during its two runs at the Kennedy Space Center, surpassing the 277.9 mph record time for a production car set in 2017.

Read more about the breaking of the record at The Seattle Times here.